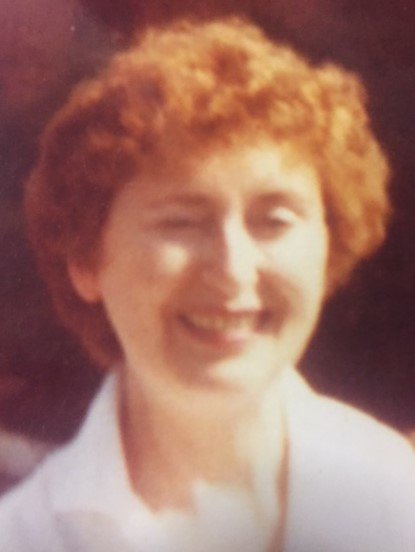 Helen Rose Baron, 87, of Old Forge, died Tuesday at Wilkes-Barre General Hospital. She was the widow of Alfred Baron who died in 2006.

Born in Newark, NJ, she was the daughter of the late Chester and Rose Mary Doyle Rose.  Helen was the valedictorian of West Pittston High School’s Class of 1948 and graduated from Keystone Junior College.  She was employed by Maxson in Old Forge where she met her husband, and Lackawanna County’s Children and Youth Center, Scranton.  She was also co-owner of Ghighiarelli’s Restaurant, Old Forge.  She was a member of the Corpus Christi Parish, West Pittston.

The family wishes to thank the many people who helped care for Helen the last nine years with a special acknowledgement to Bernie and Kathy Povanda of Physical Therapy Associates, Old Forge, and neighbor, Mike Drost.

Relatives and friends may pay their respects at the church Friday morning 9:00 - 10:00 a.m.

To send flowers to the family or plant a tree in memory of Helen Baron, please visit Tribute Store
Friday
29
June

Share Your Memory of
Helen
Upload Your Memory View All Memories
Be the first to upload a memory!
Share A Memory
Send Flowers
Plant a Tree