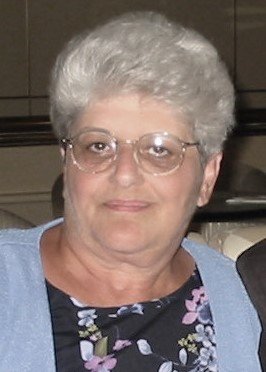 Barbara M. Romano, 74, of Old Forge, died Tuesday at home. She was the widow of John E. Romano, who passed away in May. The couple celebrated their 52nd wedding anniversary on October 1st 2018.

Born in Scranton, Pennsylvania, she was the daughter of the late Peter and Margaret Biancardi Biscontini. Barbara had many interests throughout her life and was most proud making floral arrangements for Sweet Scents Floral. She was a member of the Prince of Peace Parish, Old Forge.

Barbara was a dedicated homemaker who always put family first. She cherished spending time with her beloved grandchildren. She was a member of the PTA and built lifelong friendships with people she considered family.

Barbara is survived by a son, John and wife Kara; a daughter, Kimberly Hughes and husband Dave, both of Old Forge; a sister, Marlene Webb; three grandchildren, Nicholas and wife Iryna Romano, David and Madison Hughes, nieces, nephews, and a most cherished Aunt Sarah Marmo.

She was preceded in death by a brother, Nicholas Biscontini.

The funeral will be Saturday at 9:30 a.m. from the Louis V. Ciuccio Funeral Home, 145 Moosic Road, Old Forge, followed by a 10 a.m. mass of Christian Burial at the Prince of Peace Parish at St. Mary’s of the Assumption Church, 123 West Grace Street, Old Forge, to be celebrated by the Rev. August A. Ricciardi, Pastor. Interment at Marcy Cemetery, Duryea.

Relatives and friends are invited to pay their respects on Friday from 5:00 – 8:00 p.m. at the Louis V. Ciuccio Funeral Home, 145 Moosic Road, Old Forge.

To send flowers to the family or plant a tree in memory of Barbara Romano, please visit Tribute Store
Friday
30
August

Share Your Memory of
Barbara
Upload Your Memory View All Memories
Be the first to upload a memory!
Share A Memory
Send Flowers
Plant a Tree