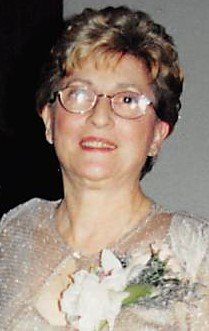 Jean Angela Patronick, 86, of Old Forge, died Saturday at home.  She was married to the late John J. Patronick who died in 2009.

Born in Old Forge, she was the daughter of the late Louis and Rose Ripa Marsico.   She was a graduate of Old Forge High School’s Class of 1951 and a graduate of the Scranton State General Hospital’s School of Nursing.  She was an active member of the SSGH Alumni Association, having served as its treasurer for many years.  Jean had a very productive nursing career, ranging from Obstetrics, the Visiting Nurses’ Association, and Geriatric Nursing. Jean was a skilled nurse and treated each patient in her care with dignity and compassion.  She was a member of the Prince of Peace Parish, Old Forge.

Jean was preceded in death by a sister, Nancy Mills.

At the request of Jean’s family, the funeral will be private.

Memorial contribution may be made to the American Cancer Society, the NETT Center, 1300 Old Plank Road, Mayfield, Pennsylvania 18433.

Share Your Memory of
Jean
Upload Your Memory View All Memories
Be the first to upload a memory!
Share A Memory