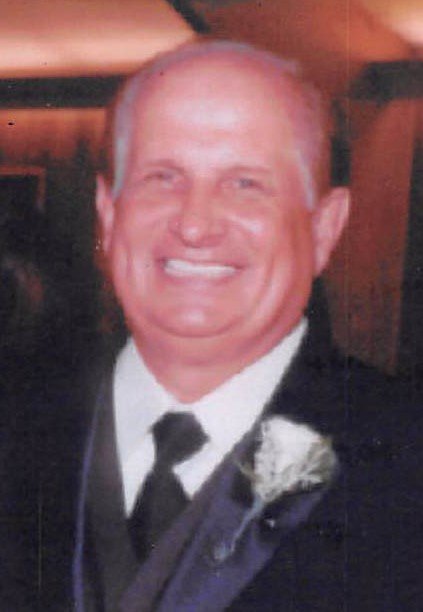 James Joseph Peperno Sr., 78, lifelong resident of Old Forge, died Thursday morning at CMC Geisinger Hospital, Scranton after a short three-week battle with Covid 19.  He is survived by the love of his life, his wife, Marie (Radocesky), who was always by his side in both travel and family activities and events.  The couple just celebrated their 57th wedding anniversary on October 19th.

Born in Scranton, he was the son of the late Rocco and Frances (Gromelski) Peperno.  James was a 1960 graduate of Old Forge High School and later attended East Stroudsburg State College.  In January 1962, he enlisted in the U.S. Air Force.  He was stationed at the Niagra Falls Air Force Missile Site in Niagra Falls, NY.  He was discharged, honorably, on January 21, 1966.

During his employment career, he was employed by Pomeroy’s Department store, Wilkes Barre, as a retail buyer.  He then became a manager for Bright’s Department store, Lehighton.  He left  Bright’s, to become a merchandise manager at Oppenheim’s Department Store, Scranton.   After his retail career, he started a 26-year career with Williamson Dickies Work-clothes, Fort Worth, TX.  He was both with the retail division and then transferred to the industrial division, overseeing the Northeastern Region.  He traveled extensively, in Pennsylvania, New York, and New Jersey.  After he retired from Dickies, he then became involved in the Uniform business for the U.S. Post Office, part time.  He and his family would like to thank all the loyal Post Office employees for their loyal business throughout the years, he loved dealing with each one of you.

He was passionate about working on his property and loved doing yardwork and taking care of his house. He was avid bowler in many leagues throughout the years, bowling in mixed leagues with Marie and then in other leagues with his sons.   He loved his golf game, both practicing in the back yard and going out golfing to different courses with his friends.  He was passionate about always spending time with his family, he just loved helping and doing things for them.

He is survived by his sons, James Jr., Old Forge, Robert, and wife Sara (Gorgone), Old Forge, grandchildren Rocco, Vancouver Island, BC, Canada and Mia, Old Forge, who was the light of his life. You would always see him and Marie at all her extracurricular events.  He also was crazy about Robert’s dog, Zoe. He is also survived by brother in law, John Radocesky, and wife Marilou (Hill), Scranton.  He was preceded in death, by brother in law, Alex Radocesky Jr.  He is also survived by nieces and nephews and many cousins.

James and his family would like to thank Dr. Armando Sallavanti and Dr. Kathryn Sallavanti, Old Forge for providing constant consultation with both him and the family.  He would also like to thank Dr. Jamileh Hanna, Los Angeles, CA, for all her help and consultation.  They would also like to give special thanks to all the doctors and nurses at CMC Geisinger Hospital, for their outstanding care with giving special thanks to Dr. John Sabuto and nurse Jeffrey, the family could never thank you enough.

The funeral will be held Tuesday at 9:30 a.m. from the Louis V. Ciuccio Funeral Home, 145 Moosic Road, Old Forge, followed by a 10 a.m. mass of Christian Burial at the Prince of Peace Parish – St. Mary’s of the Assumption Church, 123 West Grace Street, Old Forge, to be celebrated by Reverend August Ricciardi.  Interment will follow at the Old Forge Cemetery with military honors by AMVETS.

Relatives and friends are invited to pay their respects at the funeral home on Monday evening 5:00 – 8:00 p.m.  Due to the Covid -19 pandemic, those attending the viewing or funeral will be asked to wear masks and follow social distancing guidelines.

Share Your Memory of
James
Upload Your Memory View All Memories
Be the first to upload a memory!
Share A Memory