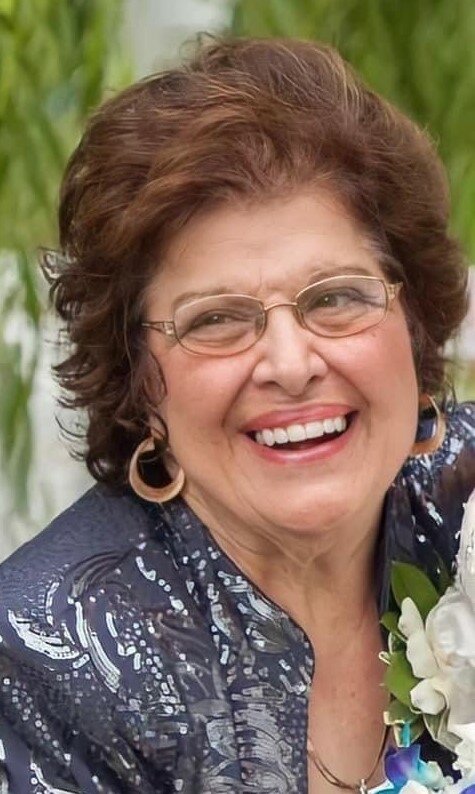 Joan M. (Sallusti) DiAndriole 87, of Old Forge passed away at home surrounded by her family on September 16. She is now reunited with her beloved husband of 65 years, Guy DiAndriole, who passed away on April 25th, 2020.

Born March 1, 1934, in Scranton, Joan was the daughter of the late Ralph and Mary (Genovese) Sallusti. She was a 1952 graduate of Scranton Central High School. She was a long-standing member of Prince of Peace Parish, Old Forge.

Joan married her soulmate and lifetime love, Guy, in 1955. As they started their family, they discovered a love of camping, which inspired them to start an RV business in their backyard. This business grew to become WideWorld RV Center the legacy of their life. Joan will be fondly remembered for her love of cooking and baking for her family, dressing up, shopping, and dining out at restaurants. She had a gift of connecting with people and an ability to find the beauty in all people and moments. Her family was never far from her thoughts. She often called us to watch a beautiful string orchestra or a classic movie that she was watching on TV because she knew we would love it. This thoughtfulness was a constant in our lives - she never missed a birthday, reaching out when we were down, or a chance to say ‘’I Love You’’. Joan’s quick wit and sense of humor made everyone want to share in her laughter. Her devotion and loyalty to her family and friends guided all of her decisions and actions. The time spent with them brought her tremendous joy. Her great-grandchildren, whom she adored, will miss her warm hugs and their shared sweet tooth. We are blessed with the love that she bestowed upon us her entire life.

The family would like to thank all of Joan’s loyal caregivers who cared for her in her final years. She truly loved all of you. We would also like to thank the women from Allied Hospice.

Joan had a generous nature and was always willing to help anyone in need, so in lieu of flowers please consider a donation in her memory to St. Jude’s Children’s Hospital or your local food pantry.

A mass of Christian burial will be celebrated by Rev. August Ricciardi, Pastor, at 10 a.m. Wednesday at the Prince of Peace Parish, 123 West Grace Street, Old Forge.  Entombment Cathedral Cemetery.

There will be no viewing.

Share Your Memory of
Joan
Upload Your Memory View All Memories
Be the first to upload a memory!
Share A Memory