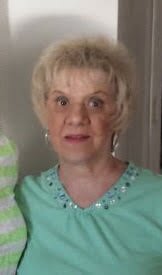 Joan Wassell, 79, of Scranton, passed away Wednesday at the Regional Hospital, Scranton.  She was the widow of the late Joseph Wassell, who died in 2001.

Born in Scranton, she was the daughter of the late Stanley and Jean Gorleski.  She attended the Scranton Public Schools and was a homemaker.

Joan is survived by a son, Joseph Wassell, Scranton, a granddaughter, Mariah, a great-granddaughter, Elehanna, and a sister, Lucille Phillips, Ransom.

At the request of Joan’s family, funeral arrangements will be private.

Share Your Memory of
Joan
Upload Your Memory View All Memories
Be the first to upload a memory!
Share A Memory