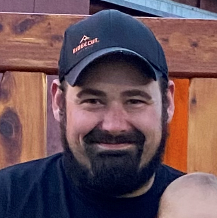 Born in Old Forge, he was the son of Nancy Domiano Greer and the late David Greer. Dave was a graduate of Old Forge High School’s class of 2006 and Universal Technical Institute. He was a very talented mechanic that could fix just about anything.

Surviving in addition to his mother, Nancy, are his loving partner and the mother of his children, Ashley Gilbert; two daughters, Natalie and Aubree; a sister, Amanda and partner, Walter; a nephew, Mason; a paternal grandmother, Doris Greer; several aunts, uncles and cousins.

A private funeral service honoring Dave will be held at the convenience of the family.

Share Your Memory of
David
Upload Your Memory View All Memories
Be the first to upload a memory!
Share A Memory