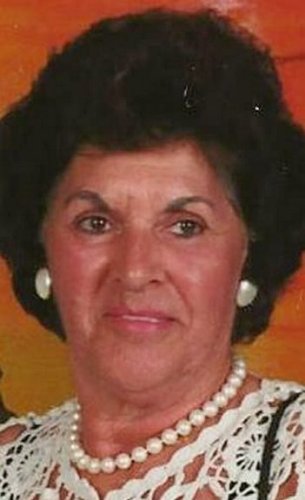 Obituary of Rosemarie A. Ciuccio

Rosemarie A. Ciuccio, 88, of Old Forge, died Friday at Geisinger Community Medical Center as a result of injuries from an automobile accident in Old Forge. She was the widow of Louis Ciuccio, who died in 2013.

Born in Old Forge, daughter of the late James and Angela Semenza Piccolini, she was a graduate of Old Forge High School's class of 1945 and Lackawanna Business College. She was a devoted Catholic and a lifelong member of the Prince of Peace Parish/St. Mary's Church, Old Forge.

Rosemarie was a wise and generous woman whose greatest joy in life was spending time with and taking care of her beloved family. Together they enjoyed decades of her delicious Italian meals served on holidays. Her family will always treasure those special memories. She and her late husband, Louis, enjoyed traveling the world, especially vacations to European destinations and cruises. She also enjoyed reading, shopping and solving puzzles.

She was also preceded in death by a sister, Lenore Ilaria; and two brothers, Louis and Vincent Piccolini.

Relatives and friends may call Monday, 5 to 7 p.m. Memorial contributions may be made to the Ronald McDonald House, 100 N. Academy Ave., Danville, PA 17821.

To plant a beautiful memorial tree in memory of Rosemarie Ciuccio, please visit our Tree Store

Share Your Memory of
Rosemarie
Upload Your Memory View All Memories
Be the first to upload a memory!
Share A Memory
Plant a Tree