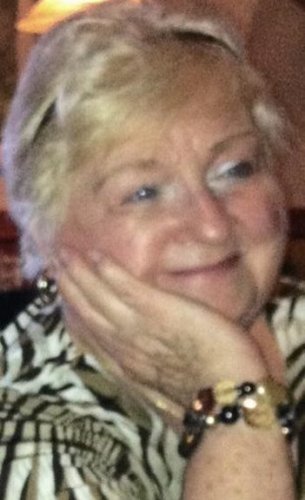 Lorraine Veronica Ferrett, 90, passed away peacefully at home on Thursday. She was the widow of Edward Ferrett, who died in 2008.

Born in Scranton on May 13 or 14, 1926 (she never really knew on which date she was born, so she celebrated both dates). She was the daughter of the late Joseph and Stephanie Kobeski Haynos. She attended South Catholic High School and was an accomplished seamstress and homemaker. She created fabulous fashions and home decor for her siblings in her younger days and her children as they grew up. She had a green thumb, as she was able to root and grow anything from the smallest cutting. She was a devout Catholic and spiritual being, always praying for family and friends. She loved all animals, especially her cat, Molly.

As the matriarch of the Ferrett family, she was always so interested in and proud of her children's and grandchildren's accomplishments, of which there were too many to enumerate but all made her smile.

She was also preceded in death by two brothers, Joseph and Walter Haynos, and two sisters Marie Grudzinski and Arlene Lee.

The funeral will be Monday at 9:30 a.m. from the Louis V. Ciuccio Funeral Home, 145 Moosic Road, Old Forge, followed by Mass at 10 in St. Ann's Basilica. Interment, Sacred Heart Cemetery.

To plant a beautiful memorial tree in memory of Lorraine Ferrett, please visit our Tree Store

Share Your Memory of
Lorraine
Upload Your Memory View All Memories
Be the first to upload a memory!
Share A Memory
Plant a Tree