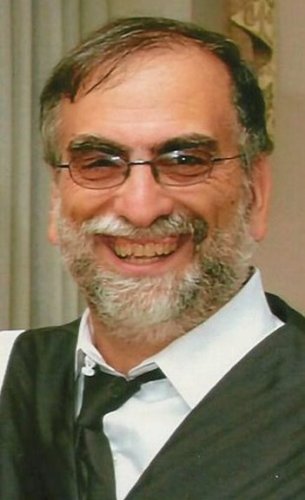 John J. Guida, 66, of Old Forge died Thursday at Moses Taylor Hospital after a long and courageous battle with pancreatic cancer. His fight against pancreatic cancer inspired all. He was a loving husband to the late Helen Hart Guida, who died in 1997.

Born in Old Forge, John was the son of the late Christy and Mary Caroccia Guida. He was a graduate of the Old Forge High School, class of 1966. John earned a bachelor of arts in history with a concentration in education and a master of science in educational leadership from Wilkes University.

Prior to his retirement, John was employed for 32 years as a special-education teacher by the Northeast Education Intermediate Unit (NEIU) #19. He was an active union member of the Association of Special Education Teachers (ASET), including serving as president. John also served eight years on the Old Forge School Board as a board member, vice president and president.

John was a devoted father to his three children. He coached Old Forge and Central City baseball leagues as well as the Tripp Park Softball Miss-E League. John was a member of the Lions Club, Felittese Association, the Old Forge Cemetery Association and Sons of Italy. He was also a member of the Prince of Peace Parish, Old Forge.

John was preceded in death by a sister, Antoinette Davis.

John will be greatly missed by all who knew him, especially his children. He was a kind and generous man with a sense of humor who loved being in the company of others. John also enjoyed attending sporting events with his family and friends. He was an avid train and sports memorabilia collector. John often traveled to Bluffton, S.C., where he enjoyed spending time with his family and friends in the warm climate.

In lieu of flowers, donations may be contributed in memory of John Guida to the work of Dr. Dung Le, Fund for Johns Hopkins Medicine, Office of Medical Annual Giving, 750 East Pratt St., Suite 1722, Baltimore, MD 21202-3391.

To plant a beautiful memorial tree in memory of John Guida, please visit our Tree Store