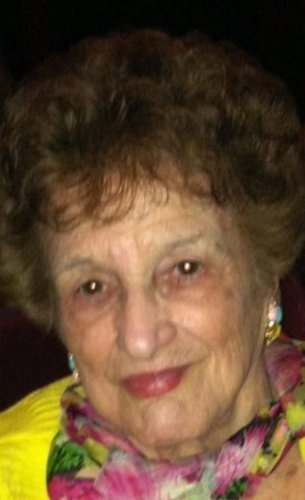 Rose P. Martorelli, 103, of Old Forge, passed away peacefully Sunday at Wesley Village. She was the widow of Gino Martorelli, who died in 1988.

Born in Jersey Shore, she was the daughter of the late Charles and Angela Pagnotti Marzzacco. She was a graduate of Jersey Shore High School's class of 1932 and earned a Bachelor of Arts degree in Latin and English at Marywood College in 1936. Rosie began her teaching career at the Old Forge High School until World War II, when she became a nursery supervisor at the Elmira Nursery School in Elmira, N.Y., where her husband was stationed as an Italian interpreter of POWs. Later she resumed her teaching career at Lackawanna College from 1955 to 1970. She was member of the National Education Association and the Pennsylvania State Education Association.

Rosie lived a life of loving and caring. She wore many hats throughout her life; daughter, sister, wife, mother, teacher, aunt, grandmother, great-grandmother and friend. She was a powerful force in the lives of all. Rosie will live on through her legacy of strength and practicality, teaching her family courage to endure whatever life may bring.

An excellent cook and meticulous homemaker, Rosie's delicious Italian meals and her famous chocolate cake were requested at every family function. Her strength and generous heart made her home a welcoming place for family and friends.

She will be missed!

The family expresses their sincere gratitude to the staff at Wesley Village for the compassionate care given to Rosie.

A private funeral service will be held at the convenience of the family.

Memorial contributions may be made to the David L. Wideman Foundation, 3 Isabelle Court, Jenkins Twp., PA 18640; or to the charity of your choice.

To plant a beautiful memorial tree in memory of Rose Martorelli, please visit our Tree Store

Share Your Memory of
Rose
Upload Your Memory View All Memories
Be the first to upload a memory!
Share A Memory
Plant a Tree