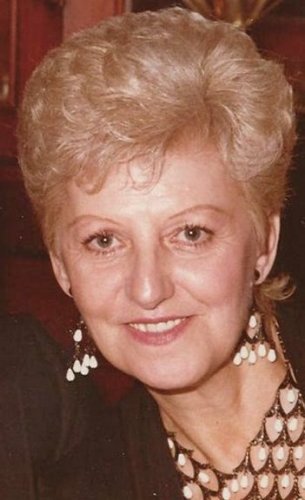 Born in Wilkes-Barre (Plains), Genny was the daughter of the late Joseph and Josephine Maciejczyk Harowicz. She was a devout Roman Catholic and member of Prince of Peace Parish, and its Parish Society, as well as the St. Mary's School cafeteria for nearly a decade.

Genny was an avid bowler and former member of the local women's bowling league, with which she traveled biannually to state and national championships. She enjoyed a rich array of local arts, music, sightseeing and cuisine during her diverse travels throughout the United States.

Most precious to her heart was her role as a wife, mother and grandmother. Creating a warm and loving home for her family was Genny's utmost priority. A gourmet cook and baker, Genny learned and preserved the centuries-old recipes of her mother-in-law from Perugia, Italy. Her home-cooked Italian specialty dishes were unparalleled, especially her homemade ravioli dish, a particular favorite of her husband, daughter, son-in-law and grandchildren. She shared her dishes graciously with friends and acquaintances alike.

Genny and her husband, Nino, selflessly devoted their lives to providing unconditional love, guidance and support to their daughter, and later, shared their all-encompassing love with their son-in-law and, most of all, their precious grandchildren, of whom they were immeasurably proud. Genny loved her family above all else in this world, and genuinely professed the same to all who had the honor of knowing her.

Genny's family would like to extend its deepest gratitude to Luigi Spagnolini, M.D., and the nurses of the Hospice of the Sacred Heart, who provided Genny with exquisite and compassionate care.

Relatives and friends may call Tuesday from 9 to 10 at the church.

Funeral arrangements have been entrusted to the Louis V. Ciuccio Funeral Home, 145 Moosic Road, Old Forge. Memorial Contributions may be made to St. Joseph's Center, Scranton, or Second Century Endowment Fund, a charitable organization that the Martini family supported generously for decades.

To plant a beautiful memorial tree in memory of Genevieve Martini, please visit our Tree Store

Share Your Memory of
Genevieve
Upload Your Memory View All Memories
Be the first to upload a memory!
Share A Memory
Plant a Tree