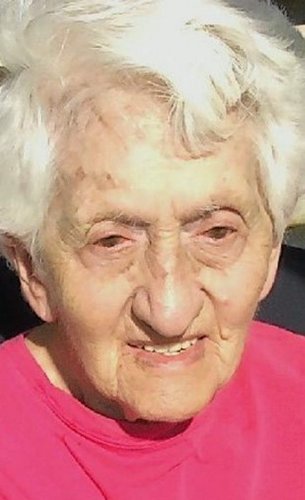 Obituary of Blanche A. Cavaleski

Blanche A. Cavaleski, 94, of Swampscott, Mass., formerly of Avoca, died Monday at the Bertram House, Massachusetts. She was the widow of Casimer Cavaleski.

Born in Pittston, daughter of the late John and Annette Yajic, she attended Avoca public schools. Before her retirement, she was employed as a seamstress at Avoca Sportswear. She was a member of Queen of the Apostles Parish, Avoca.

She was also preceded in death by two brothers, Joseph and Frank; and two sisters, Mary and Stasha.

The funeral Mass will be Friday at 10 a.m. in Queen of the Apostles Parish, 715 Hawthorne St., Avoca. Interment, SS. Peter and Paul Cemetery.

There will be no calling hours. Funeral arrangements have been entrusted to the Louis V. Ciuccio Funeral Home, 145 Moosic Road, Old Forge.

To plant a beautiful memorial tree in memory of Blanche Cavaleski, please visit our Tree Store

Share Your Memory of
Blanche
Upload Your Memory View All Memories
Be the first to upload a memory!
Share A Memory
Plant a Tree