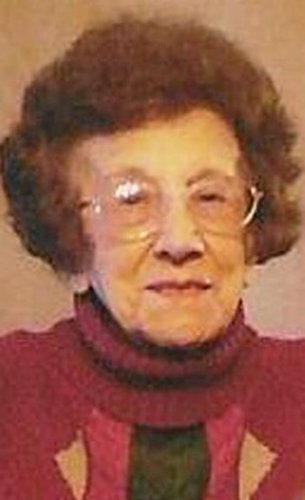 Obituary of Sara A. Veno

Sara Veno, 96, of Old Forge died Saturday at the Riverside Nursing and Rehabilitation Center, Taylor. She was the widow of the late Philip Veno, who died in 1988.

Born in Old Forge, daughter of the late Salvatore and Josephine Mancaruso Greco, she was a 1936 graduate of Old Forge High School and a member of the Prince of Peace Parish, Old Forge.

Before retirement, she was employed at the former Hillcrest Lampshade Co. and the former Cherry's Discount Store, Old Forge.

Sara is survived by nieces, nephews and cousins.

Relatives and friends may call Tuesday from 9 to 10 at the church.

Share Your Memory of
Sara
Upload Your Memory View All Memories
Be the first to upload a memory!
Share A Memory
Plant a Tree