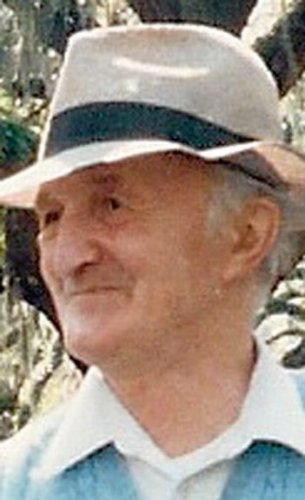 Sylvester "Sonny" Obelenus, 96, of Elkdale, Clifford Twp., died Tuesday at the Forest City Nursing and Rehabilitation Center. He was married to Ann Marie Budwell, who died in 1973.

Born and raised in Forest City, son of the late Sylvester and Adelean Oberofski Obelenus, he was a graduate of Forest City High School's class of 1935. Sonny had a deep appreciation for the Forest City area and its people. He enjoyed telling stories about the past and would often reminisce about the area's history. He was proud of his Lithuanian heritage. He owned and operated a dairy farm near Elkdale, where he resided for 70 years.

The family wishes to thank the staff at the Forest City Nursing Home and Traditional Home Health and Hospice for the kind and compassionate care given to Sonny.

He was also preceded in death by three brothers, John, George and Edward Obelenus; and two sisters, Anna Novick and Amelia Bagdonis.

Relatives and friends may call today, 5 to 7 p.m.

To plant a beautiful memorial tree in memory of Sylvester Obelenus, please visit our Tree Store

Share Your Memory of
Sylvester
Upload Your Memory View All Memories
Be the first to upload a memory!
Share A Memory
Plant a Tree