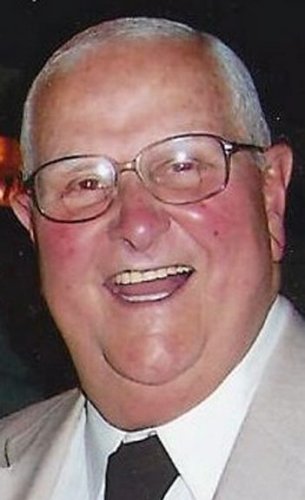 Obituary of Frank A. Greco

Frank A. "Skippy" Greco, 90, of Old Forge, died Friday at Geisinger Wyoming Valley Medical Center. He was married to the former Rosella DeNardo, who died in 2007.

Born in Old Forge, son of the late John and Mary Carlucci Greco, he attended Old Forge schools. He was a World War II Army veteran, having served with the Elite British Group in India. Before retirement, he was a salesman for 50 years for Keystone Barber Supply. He was a member of the Prince of Peace Parish, St. Mary's Church, Old Forge.

Frank treasured his memories of growing up in Old Forge. He was proud of his family and of his military  service.

He was also preceded in death by two brothers, Dom and Tony Greco.

Relatives and friends may call Tuesday, 5 to 7 p.m.

To plant a beautiful memorial tree in memory of Frank Greco, please visit our Tree Store