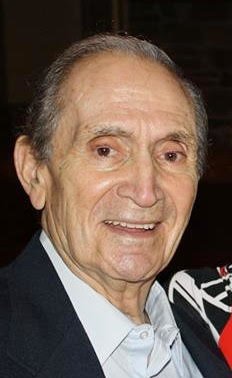 Samuel J. Dante, of Old Forge, died Saturday at the Regional Hospital, Scranton.  He is survived by his loving wife, the former Jean Salerno.  The couple celebrated their 64th wedding anniversary.

Born on April 23, 1925, in West Scranton, he was the son of the late Alfredo and Margaret Longo Dante. He graduated from West Scranton High School and the University of Scranton where he earned a degree in Accounting.  Prior to retirement, he was employed at the Defense Contractor Maxon in Old Forge, and later at Weston and Lockheed Martin, in Archbald, where he was the Contracts Manager.  He served with distinction in the United States Air Force as a Sergeant during World War II in the Pacific Theatre. He was a member of the Prince of Peace Parish, Old Forge. He enjoyed bowling, golfing, electronics tinkering, and Penn State Football.

Samuel was always there to help a friend or family member.

The family would like to extend a special thank you to Dr. Kenneth Sebastianelli and his staff for their compassionate care.

He was preceded in death by three brothers, Alex, Alfred, and James Dante, and a sister Carmella Trotta.

To plant a beautiful memorial tree in memory of Samuel Dante, please visit our Tree Store

Share Your Memory of
Samuel
Upload Your Memory View All Memories
Be the first to upload a memory!
Share A Memory
Plant a Tree