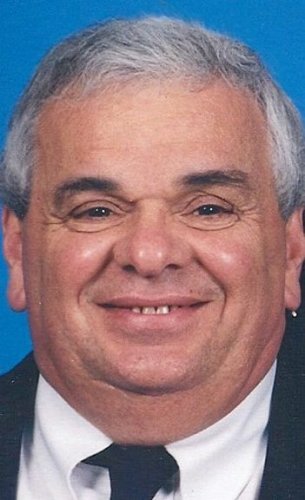 Joseph "Bobo" Nocera, 74, of Old Forge, died Monday at Regional Hospital of Scranton. He was preceded in death by his wife, the former Sandra Brown, who died in 2012.

Born in Old Forge, son of the late Joseph and Amelia Dowgiallo Nocera, he was a graduate of Old Forge High School and a Navy veteran. For 28 years, he was employed as the sales manager of Coccia Ford, Wilkes-Barre. He had a keen interest in local politics and actively worked on many local election campaigns. He served as an executive member on the Lackawanna County Stadium Board. He was an avid sports fan of the Boston Red Sox and the Philadelphia Eagles. He was a member of the Prince of Peace Parish, Old Forge.

"Bobo" was devoted to his family and was a wonderful father and grandfather who will be sadly missed. He passed away peacefully surrounded by his family after a brief illness.

The family would like to thank Dr. Ken Sebastianelli, Dr. Liptocle, Dr. Miller of Tufts Medical Center, Boston, Mass. and the nurses and hospice staff at the Regional Hospital for the compassionate care shown to Joseph during his brief illness.

He was also preceded in death by a brother, Thomas.

Relatives and friends may call Wednesday, 4 to 7 p.m.

To plant a beautiful memorial tree in memory of Joseph Nocera, please visit our Tree Store

Share Your Memory of
Joseph
Upload Your Memory View All Memories
Be the first to upload a memory!
Share A Memory
Plant a Tree