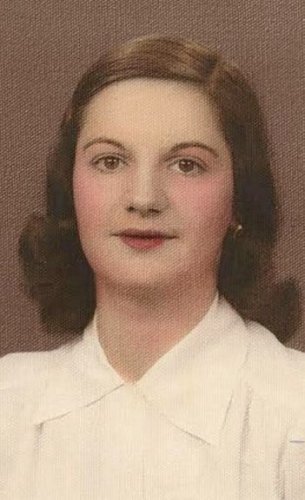 Theresa Aulisio, 93, of Old Forge, died Wednesday at Riverside Nursing and Rehabilitation Center, Taylor. She was the widow of Joseph Aulisio, who died in 2009.

Born in Old Forge, daughter of the late Bernadino and Antonetta Pilosi Augustine, she was a 1939 graduate of Springville High School, and a graduate of the Palmer School of Business, Philadelphia. She was a Navy veteran of World War II. She was a member of the Old Forge Senior Citizens Association and the Prince of Peace Parish, Old Forge. Her favorite pastime was watching basketball.

Theresa was a wonderful mother, grandmother and sister who dedicated her whole life to her family.

She was also preceded in death by a brother, John Augustine; and two sisters, Rose Capucci and Margaret Augustine.

To plant a beautiful memorial tree in memory of Theresa Aulisio, please visit our Tree Store

Share Your Memory of
Theresa
Upload Your Memory View All Memories
Be the first to upload a memory!
Share A Memory
Plant a Tree