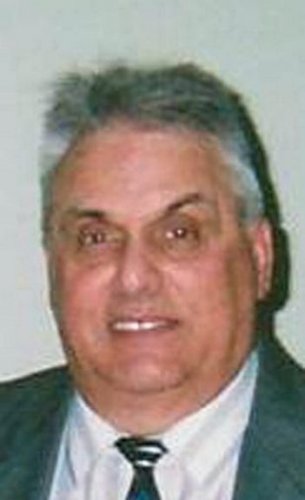 Philip F. Tagliaterra, 76, of Old Forge, died Wednesday at Moses Taylor Hospital following a lengthy illness. He was married to the former Marlene Radkiewicz. The couple would have celebrated their 52nd wedding anniversary on Nov. 17.

Born and raised in Old Forge, son of the late Paul and Catherine Gristina Tagliaterra, he was a 1956 graduate of Old Forge High School, where he was an All-Scholastic Football Player. In 1956, he was chosen to play professional baseball with the Pittsburgh Pirates, but because of a football injury he was unable to pursue his professional sports career. He coached Miss-E League for several years. He served in the Army for two years. He was a police sergeant for the Old Forge Police Department for 28 years, and was elected mayor of Old Forge for four years.

Philip passed away peacefully surrounded by his devoted wife, Marlene, and his lovely family.

He was also preceded in death by a brother, Santo Tagliaterra.

Relatives and friends may call Sunday from 5 to 8 p.m.

To plant a beautiful memorial tree in memory of Philip Tagliaterra, please visit our Tree Store

Share Your Memory of
Philip
Upload Your Memory View All Memories
Be the first to upload a memory!
Share A Memory
Plant a Tree