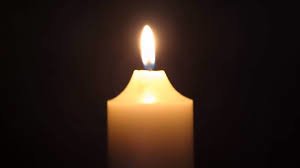 Magdalene Angelella, 95, of Old Forge, died Sunday at Wesley Village, Pittston. She was the widow of Philip Angelella, who died in 1986.

Born in Jersey Shore, Pa., she was the daughter of the late Charles and Angela Pagnotti Marzzacco. She was a graduate of the Jersey Shore High School's class of 1936. She earned a Bachelor of Science degree in education from Marywood College. Before her retirement, she was a teacher at the Old Forge High School and at St. Mary's School, Old Forge. She was a volunteer for the American Cancer Society and a member of the Prince of Peace Parish, Old Forge.

"Mag" died peacefully in her sleep with family by her side. She will be remembered for her great sense of humor and wonderful laugh. She loved to sing, dance, shovel snow and swim. She had a remarkable ability to spell backwards faster than most could spell forward. Mag was a kind and true friend to everyone who knew her. She loved to engage in conversation with anyone, anytime, anywhere. She had spirit and was never afraid to voice her opinion, which usually revealed a certain amount of truth and clarity to any situation. Her humor was quick and dry. To her family, she was a generous matriarch that always put her family first. She engaged in life to the fullest and loved all things Italian; the language, food, culture and especially, the old Italian songs.

The family wishes to express its gratitude to the staff at Wesley Village for the compassionate care given to Mag.

Friends may pay their respects from 10:30 a.m. until the funeral Mass at the parish.

To plant a beautiful memorial tree in memory of Magdalene Angelella, please visit our Tree Store

Share Your Memory of
Magdalene
Upload Your Memory View All Memories
Be the first to upload a memory!
Share A Memory
Plant a Tree