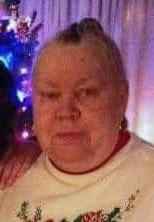 Sandra M. Raddi, 82, of Ottsville, PA, passed away Tuesday at home.  She was the widow of the late Frank Joseph Raddi.

Born February 7, 1939, in Belleville, NJ, she was the daughter of the late Russel and Marjorie Smith Conover. Prior to retirement, she was employed at General Motors, Linden, NJ.

Share Your Memory of
Sandra
Upload Your Memory View All Memories
Be the first to upload a memory!
Share A Memory