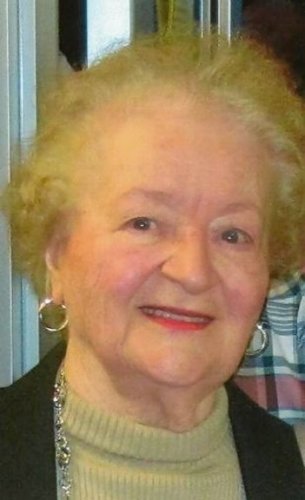 Genevieve G. Lloyd, 91, a lifelong resident of Old Forge, died Wednesday at Moses Taylor Hospital. She was preceded in death by her husband, Harold Joseph Lloyd Sr., who died Nov. 7, 1989.

Genevieve's kind heart and warm smile will live on forever in the hearts of all who had the privilege to know her. Her three children were blessed with one of the best mothers any child could ask for. Gen will be missed by all her friends at the senior center. Those weekly low-stake card games will never be the same.

Up until the end, Gen was an independent and lively 91-year-old. She made sure to see every one of her granddaughters' dance recitals and was still attending football games to see her granddaughters perform. Her grandchildren will miss her love and hugs dearly.

Thank you, Gen, for being a great wife, mother, grandma, daughter, aunt, friend and neighbor.

She was also preceded in death by two sisters, Elaine Grady and Anna Rose DelVecchio; and a brother, Eugene DelVecchio.

To plant a beautiful memorial tree in memory of Genevieve Lloyd, please visit our Tree Store

Share Your Memory of
Genevieve
Upload Your Memory View All Memories
Be the first to upload a memory!
Share A Memory
Plant a Tree